For more information, scroll down.

The Wind is Us: The Death that Killed Capote & The Unreachable Star: The Life Story of Connie Franci

Over the course of the past decade, I’ve had the privilege to write a series of eight full-length one-actor plays. Thanks to the early support of people like you these plays have now been seen around the world. These plays are performed in theatres, schools, and at festivals of different types.

I made the decision to complete two more full-length one-actor plays that are slated to premiere in the coming year. After 10 years, the time has come for me to move on to other endeavors. With that said, the one-actor plays I’ve written will continue to be performed, hopefully to an ever-growing number of people from around the world.

The pair of plays which will be the last one-actor scripts I write are entitled The Wind is Us: The Death that Killed Capote (Truman Capote) and The Unreachable Star: The Life of Connie Francis (Connie Francis). I come to you one final time to ask for your support to launch this pair of plays. I am asking you to consider contributing $25, $20, or $10 towards the initial expenses associated with staging the plays about Truman Capote and Connie Francis.

As is the case with the now-successful predecessors to this pair of plays, I need to join others involved in the initial productions of these two plays in raising vital funds to make sure these scripts see the lights of the stage. While I never enjoy fundraising, I understand its importance. I hope you understand.

You can make a donation using the secured donation link found on this page above and below this message from me to you.

Thank for your kind consideration.

P.S. In addition to the two new plays discussed here, my other full-length one-actor plays are:

The Hours of Anne (Anne Boleyn)

The Lady of Ludlow (Ludlow Massacre)

If You've Any Questions

If you have any questions about these last two one-actor plays I am writing, or about any of my work, please feel free to call me at 720-216-3042 or email me through the link below.

The Life Story of Hedy Lamarr

The life story of iconic actor and incomparable inventor Hedy Lamarr presented at Vino Salida in Poncha Springs, Colorado, for one night only. Written by Mike Broemmel. 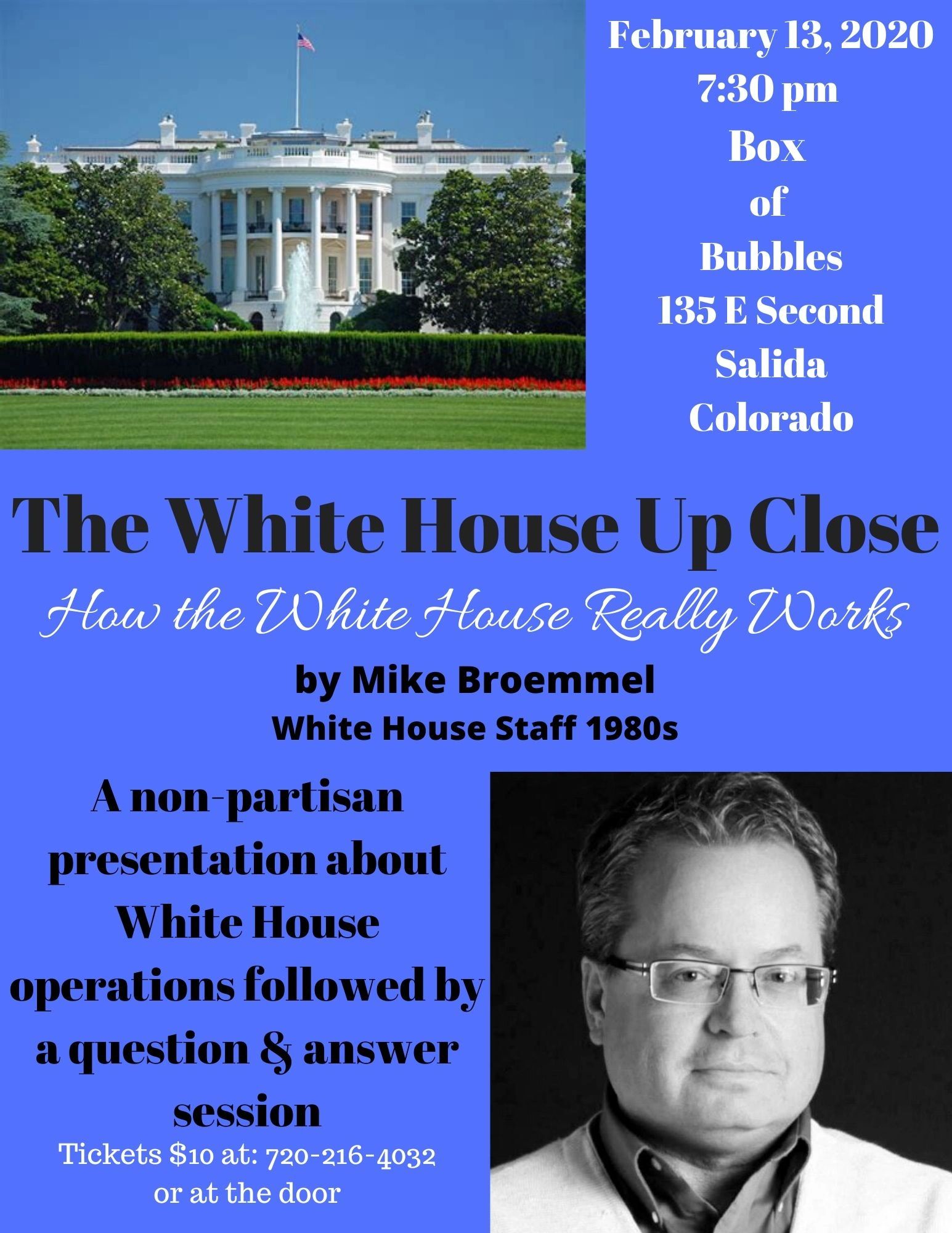 The White House Up Close

How the White House Really Works

Not a day goes by during which the White House is not in the news. With the political climate the way it is today, the need to understand how the office of the President truly works is vital.